During the second quarter the focus has been on execution and business development in all of our active markets.

>> Get the full update from our quarterly report here. 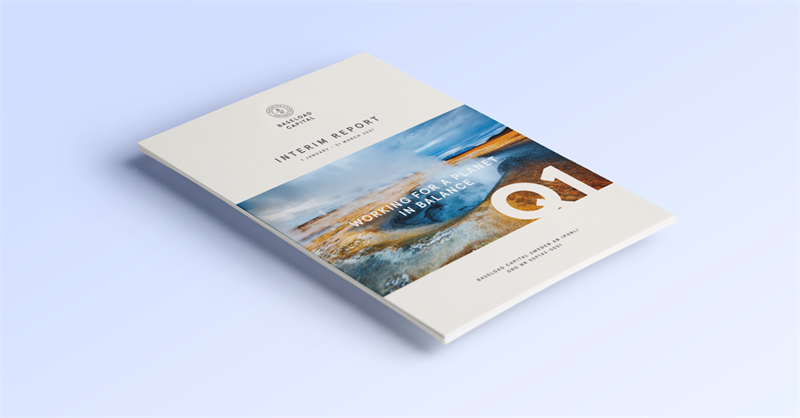 During the first quarter of 2021, Baseload closed a capital round of USD 25m with Chevron Technology Ventures (“Chevron”) as a new strategic investor.

This disclosure contains information that Baseload Capital Sweden AB is obliged to make public pursuant to the EU Market Abuse Regulation (EU nr 596/2014). The information was submitted for publication, through the agency of the contact person, on 26-05-2021 07:30 CET.

>> Get the full update from our quarterly report here.

Before travel restrictions, you had to fly to Iceland to see our power plants. Now we’re bringing them to you. Soar over Iceland’s dramatic landscape and into the plant. See the source of the world’s most viable form of renewable energy up close in virtual reality, and get a glimpse of future developments. For a fully immersive experience, we recommend wearing a VR headset like those by Oculus.

During a year characterized by Covid-19, the development of existing projects has continued largely according to plan, and despite the pandemic, we have managed to establish ourselves in the US market without being physically in place. We have taken a major step towards our aim of becoming a leading investor in geothermal energy production. 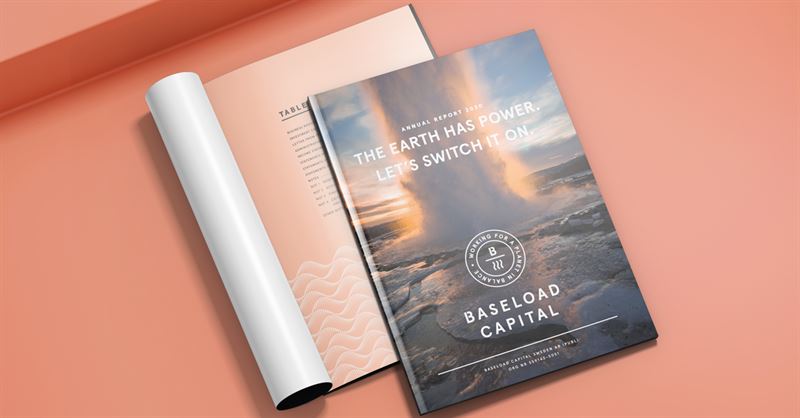 The result of - SEK 71.3 million compared with +2.5 SEK in 2019 is partly due to the strengthened krona which affected the result by - SEK 22.8 million. Despite the fact that the business has developed positively and the shares in the portfolio companies have increased in value in local currency, this means a net write-down of SEK 6.9 million. Furthermore, interest expenses increased by SEK 22.9 million compared with the previous year, of which interest expenses for the bond accounted for SEK 13.2 million. The interest rate has been unchanged during the year and the increased cost is due to the company paying interest for 12 months in 2020, but in 2019 only for parts of the year. The remaining increase in interest expenses is attributable to increased loans from the parent company and ultimately the company's owners. The negative result is also an effect of the company choosing to be conservative in the valuation of ongoing projects.

The disruptions we need: a conversation with Graeme Edge of Energy Disruptors

When we encountered a technical glitch at our recent seminar, we decided it was a great excuse to bring the Energy Disruptor founder back for another round. Are we having enough spicy conversations? Is “disruption” an overused term? Has the oil and gas industry finally begun to pivot towards geothermal? To find out, join us for this special installment of “Overrated/Underrated” with Graeme Edge and our CEO Alexander Helling, hosted by CMO Kristina Hagström Ilievska.

Subscribe to our newsletter for an invitation to our seminars: https://baseloadcap.com/contact-us

Geothermal startups get another boost from Chevron as the oil giant backs a geothermal project developer. 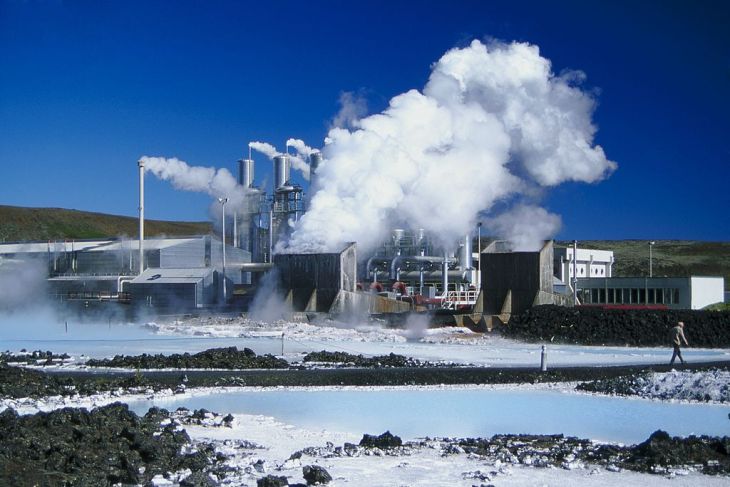 The U.S.-based oil major Chevron is doubling down on its investment in geothermal power by investing in a Swedish developer of low-temperature geothermal and heat power projects called Baseload Capital.

Oil companies are under pressure to find new lines of business as the world prepares for a massive shift to renewable energy resources to power all aspects of industry in the face of mounting climate-related disasters caused by greenhouse gas emissions warming the temperature on the planet.

Baseload Capital closes equity round of $25 million with Chevron as new strategic investor.

Baseload Capital, the Swedish company specialized in funding the deployment of heat power worldwide, announces the successful close of a $25 million funding round with Chevron Technology Ventures as a new strategic investor. As an initial outcome of the alliance, Chevron Technical Center and Baseload Capital have already signed a letter of intent to investigate a potential pilot project in California.

“In August, we announced that we were looking for a new strategic investor to help us accelerate deployment in our key markets,” says Baseload Capital CEO Alexander Helling. “We couldn’t have asked for a better one. Chevron complements our group of owners, and adds expertise in drilling, engineering, exploration and more. These assets will accelerate our ability to deploy heat power, and strengthen our way of working.”

The potential pilot projects and commercial projects with Chevron Technical Center are designed to advance lower-carbon energy production. As Baseload Capital continues to develop heat power plants worldwide, Baseload and Chevron will look for commercial heat power opportunities in common geographies where Chevron operates. Heat power is an affordable form of renewable energy that can be harnessed from either geothermal resources or waste heat.

“Chevron’s investments in geothermal power reflects our ongoing efforts to help advance the world’s transition to a lower carbon future,” said Barbara Burger, vice president, innovation and president of technology ventures at Chevron. “We look forward to working with Baseload Capital to expand geothermal resources in the U.S. and internationally.”

This information is information that Baseload Capital Sweden AB is obliged to make public pursuant to the EU Market Abuse Regulation and the Swedish Securities Markets Act. The information was submitted for publication, through the agency of the contact person set out above, at 8.30 AM CET on the first of March 2021.

Chevron Technology Ventures (CTV) pursues and invests in externally developed technologies and new business solutions that have the potential to enhance the way Chevron produces and delivers affordable, reliable, and ever-cleaner energy. CTV leverages innovative companies and technologies to strengthen Chevron’s core operations and identifies new opportunities to shape the future of energy. The Baseload Capital investment came from Chevron’s Core Venture Fund which invests in technology that has the potential to add efficiencies to Chevron’s core business in the areas of operational enhancement, digitalization, and lower carbon operations including geothermal.

Geothermal is trending. Find out why. The earth has power. Let’s switch it on. Virtual seminar #2

Why are so many people suddenly interested in geothermal energy? What trends are driving this change? Watch our 2nd virtual seminar to learn more about the industry and help us make geothermal the new renewable baseload.

Subscribe to our newsletter for an invitation to our next seminar.

Vinod Khosla to speak at seminar on trends in geothermal energy

On 16 February, Baseload Capital will host a virtual seminar on the most important trends in geothermal energy today. Which trends are the most promising? What can investors, industries, developers, landowners and governments do to ensure continued success? The main speaker will be Vinod Khosla, founder of Sun Microsystems and Khosla Ventures. 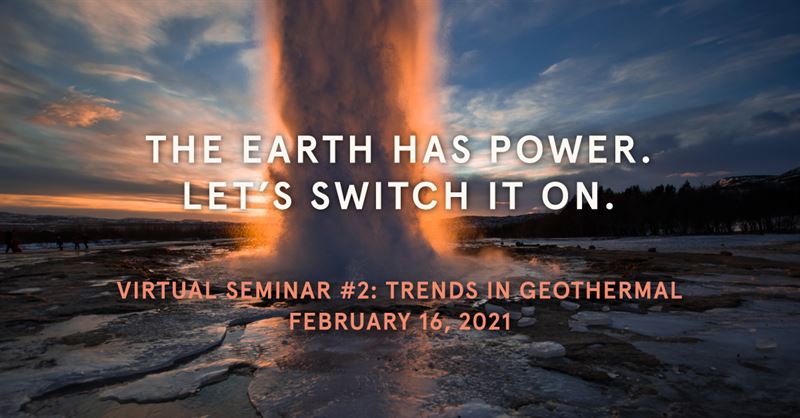 Geothermal technology is developing rapidly, with scalable solutions that are making it possible to generate power in more and more locations, more profitably than ever before.

To discuss the latest trends affecting the industry, Baseload Capital has arranged a second event in the seminar series called, “The earth has power: Let’s switch it on.”

The keynote speaker at the seminar will be Vinod Khosla, founder of Sun Microsystems and Khosla Ventures. Vinod Khosla has long been a champion for geothermal energy and will give his view on which breakthroughs the industry needs most.

“We want to be a catalyst for renewable energy by developing and financing the production of electricity from existing heat sources. Our goal is to create resilient societies and a planet in balance,” says Alexander Helling, CEO of Baseload Capital.

The earth has power. Let’s switch it on.

Press and other interested parties are welcome to attend. Register here. Attendees will have the opportunity to submit questions in advance upon registering. Any questions we do not get to during the event will be fielded among the speakers and compiled in Baseload Capital’s next newsletter.

About Baseload Power US

Baseload Power US is a subsidiary of Baseload Capital, a specialized investment entity that funds the deployment of geothermal power worldwide.
Together, we are helping nations quickly transition away from fossil fuels and toward energy independence. The result will lead to more resilient societies and a planet in balance.